remember when i had my gall bladder out?

it’s wasn’t exactly an optional surgery. the stupid organ i didn’t even know i had was causing me to basically bleed through my eyeballs with pain all the freaking time and i kept ending up in the hospital because of it.

so i HAD to have to have it taken out. it was either that or feel the force of God and vomit in ER waiting rooms once a month until i die.

and i had health insurance.

and it covered most of it.

but im still stuck paying back about $1,000 to the hospital for the er visits and the surgery.

and don’t get me wrong. i was in so much pain during the whole thing that i gladly would have signed away all of my future earnings and my children’s future earnings to have it dealt with. (money is worth squat when it feels like needles are coming out your middle section).

dude, $1,000 is a lot of freaking money. and im just rich enough that the hospital isn’t going to write off the debt as a charity case.

so im trying to be all responsible. im trying to pay it back. i even have a nice little system set up where every pay day the hospital takes $50 out of my bank account.

except, the thing is, i really need that 50 bucks every two weeks.

and see, rich people just don’t understand. to them, $50 smackers a pay check is nothing.

and bam!, i’ve got nothing left for the next two weeks. just like magic.

im sure i’ll get by. i’m sure i’ll be fine. and per usual, disclaimer: im not looking for handouts. 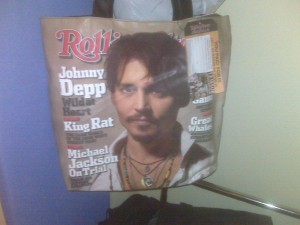 well, obviously, i made it through the week with just $5.47. YAY. im still alive. phew. (thanks in no small part to the mini-“loan” from this super awesome girl i know, and the “gifts” from my mom). (thanks guys).

i also got sick. which seems to be the new norm for me. and you all haters out there can’t even go about blaming the vegan thing because i’ve been regularly eating cheese and eggs for a few weeks a month two months now.

anyway, it started with a sore throat and has since taken over my sense of smell as well as my ability to breathe. im guessing it’s because I got super tired after swimming around in a water park all day wednesday. that’s how easy it is this day for my immune system to just give up and say “eh. these germs are pretty tough. all right. fine, come on in guys. it’s cool. crystal didn’t really have any plans for her day off anyway.”

im telling you, this is why i could never run for president.

if it wasn’t for my sleep addiction, i’d totally be fixing health care and dealing with racial issues in america with beer right now guys. seriously.

but no, as soon as i miss one night of slumber, im downing dayquil and slabbing on the vicks.

speaking of nothing, i redesinged my little plot of cyberspace.*

typically, i like more white space, but i decided to go with something different this time. other than the fact that i like the colors and the flowers and the paper clip, i think the notebook paper emphasizes that this is a personal blog. (sometimes people saw the url and the raspberries and assumed this was a food blog).(im looking at you GoDaddy help center man).

i also like the paragraph spacing a lot more and that people’s avatar’s show up in the comment section now. (note: if you do not have a WordPress avatar, a little monster will show up. fun times).

i did have to sacrifice my old twitter widget and go with a more mellow box, because i just couldn’t figure out how to squish the old one onto that side bar. Also, i still have to mess with the pictures at the very, very bottom on the site via Flicker, but other than that, im content.

and of course, as usual, if you hate it, please keep your comments to yourself for awhile. otherwise they will drive me nuts, keep me awake at night and make me rue the day i met you.

*yes im still using that word. and i bet if you read the only daily newspaper published in McHenry County early next week, you’ll see it in that professional publication at least once as well. just sayin.