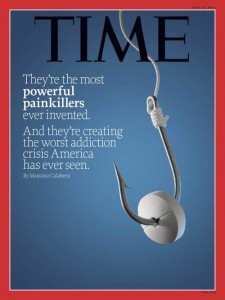 END_OF_DOCUMENT_TOKEN_TO_BE_REPLACED

I was already living paycheck to paycheck before I got sick. I mean, rent in the Chicago suburbs doesn’t pay itself and journalism isn’t the lucrative job I think it used to be back when Clark Kent got into the business.

But then, I woke up one day with horrible pain in my ribs and my bank account somehow got even worse. Is there a number below zero? Because that’s about where I like to keep my balance.

I’m not telling you this in an attempt to solicit any type of personal donations. I just want the world to know what those dealing with chronic pain are actually dealing with financially. I want to give a voice to all of those people out there who are too sick to take a shower and, as a result, are too broke to upgrade their tacos to supreme.

I can still remember the first time I went to pick up a name-brand prescription at the local Walgreens, and being completely horrified by the fact that they wanted a freaking $50 co-pay. That’s a tank of gas. Or a cell phone bill. Or like three dresses at Kohl’s during a good sale.

I’m an American. I have insurance. I have a job. You wouldn’t think getting some random pain in my ribs would completely ruin me financially.

There are the co-pays for the doctor visits and the drugs; the money I owe before my deductible each year for the MRIs and the ER visits; and the vain attempt to find cures from snake oil salesmen offering alternative medicine that’s never covered by medical insurance.

I have so many medical bills that I can’t even keep track of how much I owe which doctor anymore.  Let’s just say, it’s “a lot.”

But it’s not just the medical bills that have to me too broke to buy fresh fruit on the regular.

It’s kind of hard to keep a job, when you literally don’t know from day to day if you’re going to be able to get out bed.

I’ve been very lucky in that my full-time job has been extremely accommodating, allowing me to mostly work from home and even take breaks during the day as needed. I know that if I had any other job, I would have had to file for disability a while ago.

That doesn’t mean I haven’t lost anything though. Back when I was healthy, I was able to maintain a side job as a part-time youth leader. I had to walk away from that when it became obvious that I couldn’t be sure I’d be able to get out of bed and make it to church most Sunday mornings. And when I resigned, I also gave up $10,000 a year.

I spent the entire second week of June with $0.00 in my bank account.

And I can’t exactly go looking for a new job to make up for that $10,000 pay cut. I mean, where else am I going to work that allows me to make my own hours and write feature stories in my pajamas on the couch?

So, I’m stuck. I’m stuck in job I can barely hold onto that only pays me barely enough to eat on a daily basis.

When you’re well, it seems like you’re constantly hearing about fundraisers for sick people. Someone, somewhere always seems to be walking for cancer, or hosting a fancy ball for MS, or doing an ice bucket challenge for ALS.

But there are no fundraisers for people like me. Nobody does a 5K for chronic pain — maybe because most people with chronic pain are too sick to walk 3.1 miles.

I think there’s also still a lot of stigma associated with chronic pain. A sort of, “Well if you would just give up gluten and go to a chiropractor, you’d get better, so it’s kind of your fault.”

I get it, I mean watching someone lay on the couch all day with an illness nobody can see doesn’t exactly scream, “I’m super sick.” It’s easy for people to assume you’re just too lazy to get better. After all, if it’s just a matter of will power, then they don’t have to worry about the same fate becoming them.

And, I’ve noticed that people never like to use the word “sick” to describe chronic pain. They much prefer, “I’m in pain,” to “I’m sick.” It’s a way of separating those suffering with daily pain from the “truly sick.”

Sometimes, when I’m in really bad pain, when I’m literally so sick that I can’t even get to the bathroom, I think about a world where I would be forced to apply for disability. But then, I’d be even more broke than I am now.

I’m not sure what you’ve heard, but Social Security isn’t exactly paying people with bags of gold. Everyone I know who’s living on disability payments is barely living. It’s not exactly the kind of life I thought I’d end up with back when I got my freaking master’s in journalism.

But I guess that’s the thing about chronic pain. It completely destroys everything about your life that you thought you’d end up with. It wipes out all your hopes and dreams, and makes you start all over with nothing. And then, it sends you a hurricane just to make sure you got the message.

Being broke all the time only makes it that much worse.

I feel like maybe I finally have this whole chronically sick thing figured out. And, finally, after being in pain for more than two years, I can focus on living the life I want to live. Like just maybe, this whole chronic pain thing isn’t going to win after all.

And then other days, like today, I wish I was dead.

Days when I wake up with an insane amount of pain in my ribs, and a migraine and I have to work because I’m genuinely afraid I’ll lose my job if I call in sick one more time.

Days when I hate my body so much, because it’s like a jail keeping me prisoner and holding me back from the life I once thought I was born to live.  And days when I want to push myself, because that’s what I do, I push things, to the limits, and that’s how I have always lived my life.

But then I do that, I push myself, and I do something crazy like go for a walk, or stay up late, or take a shower two days in a row, and then I literally end up spending the next week on the couch in too much pain to function.

Days when all I want to want in the whole world is to lose weight, but instead, because of my stupid body, the only thing I’m allowed to want is relief from the pain. So rather than putting all my resources into losing some of the 50 pounds I’ve gained since getting sick, I have to use all my resources to just sit on the couch and check my email.

Being sick every day of your life is so much worse than anyone ever tells you. It’s so much harder than anyone can ever explain.

Instead, they scan your test results, say something about sending you to a pain specialist and then they go on with their life, while you’re left holding the pieces. Or worse, they say, “At least you don’t have cancer.”

Everything is suddenly different, but nobody has the decency to tell you that. They just ship you off to another doctor and hand you some opioids.

But your life has been changed forever.

There’s the constant, daily battle with the pain, and the insane side effects from the drugs you use as weapons. There’s the loneliness and the feeling of failure that comes from being stuck on the couch in pajamas all day, every day, even on Easter. There’s the assault on your faith, and the outright attack on your ability to hope. And there’s the way your brain goes crazy just trying to understand how you’ll ever endure like this forever.

Today just wasn’t one of those days.