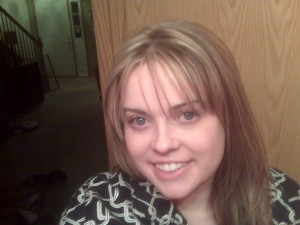 bring on the blond jokes

yesterday i was all, “hmm. i NEED a hair cut and if i don’t get one soon i will promptly die some sort of horrible internal-organ-related death and have to lay in an open-casket with split ends and bangs at the awful  “in-between” stage.

so i went to my local hair cuttery. but i forgot it was a saturday. and they were all “ya. the wait is five hours.” and i was all “really?! that’s crap.” and i left.

i was planning to give up and instead spend my day at old navy, but i happened to wonder past an ulta. i had only ever been inside one once when i was 17, and all i remembered about the experience was the everything on every shelf in every aisle was WAY TOO EXPENSIVE.

turns out others have noticed though, because they had absolutely zero wait at their salon. and there seemed to be a bored stylist strolling around with pretty hair, so i figured, i’d ask the question on everybody’s mind:

“how much do you guys charge for a hair cut?”

ive discovered over the years that’s it best to just throw it all out there when dealing with stylists and prices because otherwise they trick you into things. i.e. do you want me to blow dry your hair? me: yes. them when they finish: that’ll be $15 extra dollars. me: what the frick?! for a blow dry?

long story short, i was convinced not only to get face-framing layers, but also TONS ‘O BLOND!

a. it’s summer. b. my friend bronson, who’d only ever seen me as a blond recently lamented that i used to have pretty blond hair in such a way that made me think that i probably looked better with blond hair. and c. it’s summer.

however, my bill for this procedure made me feel pretty freaking guilty, so in other news i have also decided to give my full efforts to the whole vegan thing again. and you know. the blond hair (which im sure was done with MANY, MANY products tested on animals) will impose guilt that will remind me to stick with it.

also, i was praying about it and im pretty sure that recent events including, but not limited to: a. TLC airing the episode of “What not to wear” where stacy and clinton make over a vegan last night while i was watching tlc and B. this article about vegan was on newsweek’s homepage, means that the almighty is on board with this.

im hoping the fact that i have been taken a super vegan vitamin with both iron AND b12 for a few months will help combat that whole dizzy thing i dealt with last time. the plan is to take it not “one day at a time,” but “one meal at a time.”

UPDATE: I don’t want this post to be interrupted to mean that I’m just trying the vegan thing out of guilt. I really, really  believe in veganism. I believe that our bodies weren’t meant to process dairy. I believe that farming and ranching industry is gosh awful to the living creatures it raises. And I believe that it’s just all around better for me. I just also know that it’s not going to be easy, so I need to have some additional motivation to get through the first 30 days.