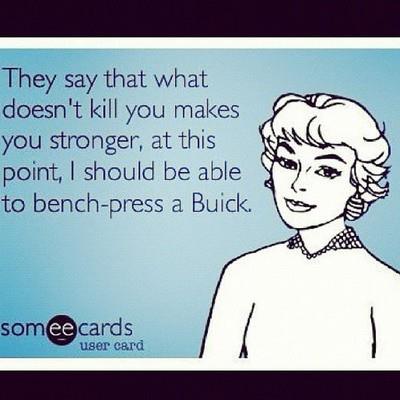 I spend so much time desperately looking for things online related to my chronic pain that I thought I would start to do regular round-up of things I’ve found. While the round-up was inspired by Dooce, and Rachel Held Evans, I made it into a list because I’ve been reading way too much Buzzfeed.

I’d like to say something very official like, “This will appear every Sunday,” but I don’t want to agree to anything just yet. For now, let’s just go with, “It will appear today” and see what happens.

As someone who relies on the opiate to help me maintain my job, this causes me to pause. Specifically, the idea that doctors may not be able to change the dosage of the drug, although I’m not exactly sure how that would work.

The National Pain Report says if the drug is rescheduled:

And I know there is a good reason why the FDA is looking at this drug. The same article says:

“”Overdoses from painkillers such as hydrocodone now take the lives of more than 15,000 Americans each year, more than heroin and cocaine combined.”

And while even one overdose death a year would be too many, it is important for patients with pain to stay educated about these issues and advocate for their rights as well. After all, I know firsthand how quickly your life can be ruined without proper pain management.

Everyone from my boss to my medical doctor’s has tried to get me to try acupuncture, but I’m just not very interested in it. I looked it up online and when I read on Wikipedia that it was basically rooted in the idea of fixing the qi energy in your body, I figured it was on the same level as saying a really good prayer — yes it could work, but it’s not an exact science.

This article should probably be read with a grain of salt itself, but I have to admit I printed it out. I recently gave in to my medical doctor and scheduled an appointment for an acupuncture consultation in November (pain makes you try crazy things, all right?) and I’m planning to bring it along.

“The second part of Mao’s project was to provide Westerners with sensational evidence of Chinese medicine’s efficacy, particularly of acupuncture analgesia. The watershed moment was in 1971, when New York Times editor James Reston wrote an article entitled “Now, Let Me Tell You About My Appendectomy in Peking.” In it, he recounted how Wu Weiran of the Anti-Imperialist Hospital had administered “a standard injection of Xylocain and Bensocain” before removing his appendix. Later, while Reston recovered, acupuncture was used to relieve pain from post-operative gas. Eager to believe in mystical Eastern miracle workers, credulous Westerners misreported the story, claiming that acupuncture had been used as an anesthetic during Reston’s appendectomy, a falsehood that still has currency.”

Something that’s really, really helped me during the longs days of laying in bed wishing I were dead has been the amazing chronic pain groups on Facebook.

I especially like Chronic Perseverance. The moderator is a woman named Jenn, who, according to the “About” section, is an attorney and holds a Ph.D. in United States history.

The site is unique because Jenn only posts quotes and pictures. And while there is a time and place for those in chronic pain to get together and share their struggles and victories, sometimes it’s nice to just read a quote from someone that seems to perfectly capture your daily struggle.

In fact, I like her page so much that I’ve set Facebook to send me a notification every single time posts anything at all. It means I’m nearly always the first person to “Like,” so she probably thinks I’m stalking her, but you know what they say, “Stalking is the most sincere form of flattery.”

Some of the recent quotes she’s posted that I really like, include:

“So often we try to make other people feel better by minimizing their pain, by telling them that it will get better (which it will) or that there are worse things in the world (which there are). But that’s not what I actually needed. What I actually needed was for someone to tell me that it hurt because it mattered. I have found this very useful to think about over the years, and I find that it is a lot easier and more bearable to be sad when you aren’t constantly berating yourself for being sad.” – John Green

“Once you start recognizing the truth of your story, you will recognize your worth. Things happen, but you’re still here and you are still capable and powerful. You are not your circumstance. You’ve made it through this far and as you go through adversities in life, just remember that you are still fully equipped with every single tool you need to fulfill your purpose.” – Unknown

4. “An Open Letter to Those Without Invisible Disability Or Chronic Illness.”

I actually saw a link to this letter on Chronic Perseverance, and I think I’ve seen it linked on Facebook before. It was written in 2009, but it perfectly applies to my life today. If you’re enduring chronic illness, or someone you love is, I beg you to read this letter.

If you want to suggest a cure to me, please don’t. It’s not because I don’t appreciate the thought; and it’s not because I don’t want to get well. It’s because I have had almost every single one of my friends suggest one at one point or another. At first I tried them all, but then I realized that I was using up so much energy trying things that I was making myself sicker, not better. If there was something that cured, or even helped, all people with a certain illness or disability then we’d know about it. This is not a drug-company conspiracy, there is worldwide networking (both on and off the Internet) between people with similar and different chronic illnesses and disabilities, if something worked we would know about it.

This Ted Talk is short, sweet and all about how the nervous system can get effed up. Wile Krane doesn’t really talk about how to fix chronic pain when nervous system misfires, he does do a good job explaining of how it happens.

“We think of pain as a symptom, but there are cases where the nervous system develops feedback loops and pain becomes a terrifying disease in itself. Starting with the story of a girl whose sprained wrist turned into a nightmare, Elliot Krane talks about the complex mystery of chronic pain, and reviews the facts we’re just learning about how it works and how to treat it.”

This video just makes me happy. You should watch it right now.

In short: An editor offers their notes on the first five books of the Bible. And he makes some good points.

Also, please don’t turn me into a pillar of salt for saying this, but I think the rainbow at the end of the chapter is a bit, well, clichéd. I would either just lose it altogether or maybe come up with some other sign of your eternal covenant with Noah.

8. Of course, what list would be complete without a list of my 3 favorite Buzzfeed lists from the week?

9. And here are my favorite Facebook photos from the week: 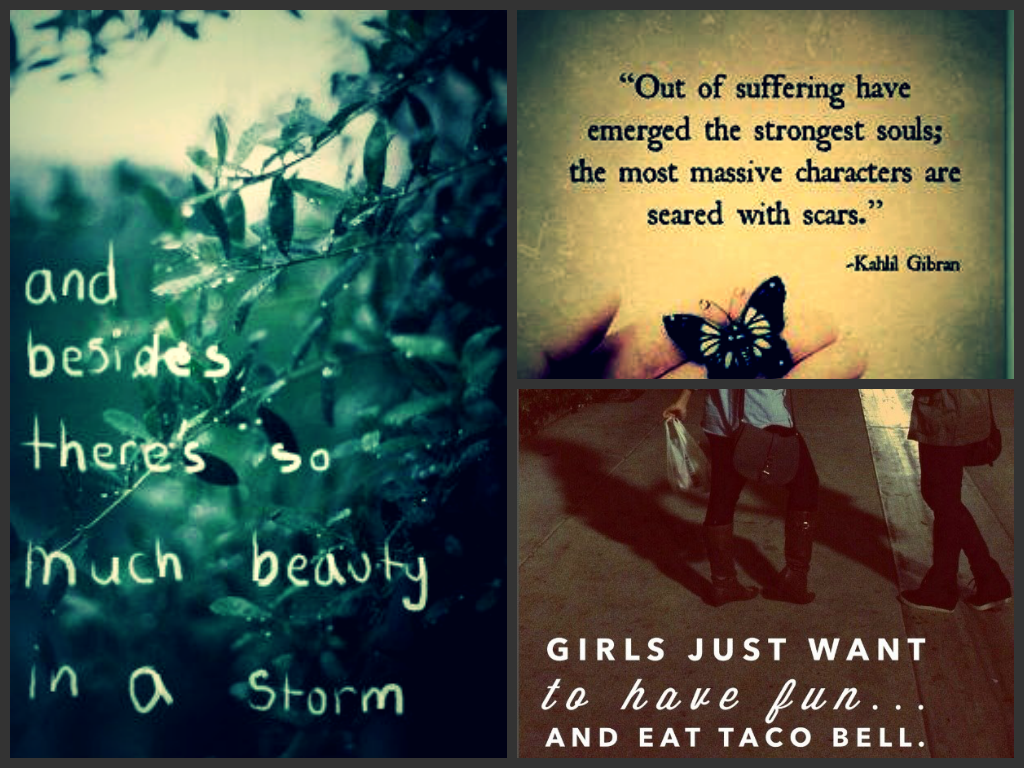