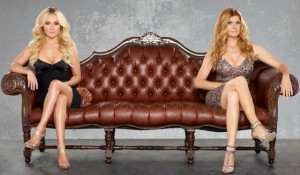 I love Nashville (the TV show, not the city) (Not that there’s anything wrong with the city).

I know, I know. It’s a one-hour drama. On a Network station. And the cheerleader from Heroes is in it, and last you heard she was staring in Bring it On 7 or something, so this show must suck.

But it doesn’t. It’s awesome.

I accidentally saw the premiere while I was visiting my friend in Pennsylvania, and I was hooked.

And I could tell that it’s about two rival country singers, one of whom is old (Rayna James) and one of whom  is young (Juliette Barnes) and that they don’t really like each other, but they both love the same guy.

But the plot is not the reason I love this show.

I love this show because of the writing.

It’s real, and it’s striking, and you when you watch it, you don’t even notice it because it’s that good.

At one point, Juliette turns to the guy both she and Reyna are chasing and says, “I think something about you makes me want to grow up.”

And haven’t we all been lured into that? Imagining that if we were just a little bit older and had our lives a little bit more together, everything would be perfect. Thinking that someone older than us is so much better off.

But the it’s not even a show about one-liners, even though the previews would have you believe that. It’s so much deeper than that, and really I just want to tell that there’s a ton of original music and I love it all.

You need to hear the song, “No one will ever love you” right now. And then listen to it again. And then dream about lost-love and call your old boyfriend. The actress who plays Rayna sings it like it’s dripping slowly offer her lips the way ice cream drops linger. And the words taste sweet and breathless and desperate all at once.

I never once think to myself, “Well this show has some corny moments, or it drags every now and then, or you have to get through the first episode to appreciate it, but I love it anyway.” No, I do not ever think any of those things. I just love it. Period.

And  you should watch it so you can love it too. And also because I will cry if it gets cancelled.

So go watch it, right now, online at abc.com. Feel free to thank me later.

Live, on a local NBC station that featured zero insta-polls or commentary across any part of the screen. I didn’t check Twitter for live updates, I didn’t check Slate or Time for live blogging. I just watched it. With my brother. In my living room.

I’d like to think I’m a little smart, that I follow this stuff enough to know what they’re talking about when they say things like, “Simpson-Bowles”  and so,  I wanted to see how I would view the debate without any help from other people’s opinions.

And, for me, at least, I really thought Obama won.

The whole world says I’m wrong though apparently. And I guess it could just be my typical political leanings talking. But at the end of the debate, the guy I wanted to be my president was Obama.

Personally, I’d like the guy who calmly, thoughtfully replies to the issues. The guy who says things that add up, the guy who’s cool under pressure, the guy who seems to understand basic math. Because as far as I can tell, being president is pretty stressful and complicated and difficult.

Romeny seemed to be speaking in cliches, saying he was going to magically make it so we don’t have to raise taxes AND we can still spend as much money as we want on education, medicare, and the military without raising the deficit.

He said cutting taxes for the rich was going to create jobs. Umm, we kind of tried that. It didn’t work.

He accused Obama of not working with Republicans. WHO WON’T WORK WITH HIM.

Then, the dude literally said he was going to stop funding Big Bird.

While in a debate with a host from PBS.

And then he said he’d cut funding for the host.

Who was SITTING RIGHT IN FRONT OF HIM!

My brother was like, “If I was Jim Lehrer I would have stood up right then, turned to the crowd and been like, ‘All right, you guys can boo now. This guy is a tool.'”

And this whole business of Romney trying to pretend that Obamacare is not entirely based on Romenycare is maddening.

If you only take one thing away from this post, let it be that.

Obamacare IS Romenycare. And anything to the contrary is total crap. If you don’t like it, if you like it, either way, they are one in the same. And the fact that Romney is trying to pretend that it isn’t is probably the most blatant example of his willingness to say whatever the heck he needs to say to get what he wants whether he believes it or not.

Oh sure, Romney says the states should just decide that stuff, so it’s technically different. For the sake of argument, let’s pretend that’s a real thing. Umm, have you seen how Illinois runs things these days? We can’t even manage to keep our state parks open on a regular basis and he wants them to be in charge of my health care?

Romney just seemed like he was naive, like he didn’t understand the reality of the situation and as though he would just say whatever he needed to say in whatever situation he was in to close the sale.

So, I guess if winning the debate means being more aggressive, having more zingers, and telling more lies, then I, personally, will be voting for the guy who lost.