The only certainty is bad grammar > bob

I didn’t find out right away.

You’d think news that the boy you’d dated for like two years in high school had died would reach you the day of.

That there’d be a phone call from the family. Or that an old mutual friend would tell you about the funeral. Or that you’d just know. That you’d somehow feel it in your bones, or your soul, or your toes when someone you love that much dies.

But I didn’t find out until two weeks later.

My friend Donell and I were chatting on the phone, while I sat on my dorm bed, and he brought it up in the most nonchalant way you can picture. He brought it up like he was going to tell me what he ate for dinner.

“Did you hear about Bob?”

I will forever regret what I said next. The sentences sting my memory and leave a bitter taste in my mouth when I remember them. It’s a regret I can never repair.

“No. What? That’s he’s coming to visit or something? I don’t even care.”

It haunts me. And, it was the very next moment that I changed into who I am today. That I gained clarity about life, and death and pain.

But when I spoke those sentences, even though it was just seconds away, I was still too young to understand.

A shock like that feels like someone has taken a metal bat to the back of your knee caps and then dropped you in an ice tank.

I didn’t believe it. I called other friends, but they confirmed it was true. Thinking about it all now, remembering the details, makes my core ache.

On that day though, the wound was too fresh, too bloody, to ache. Instead, I just fell to the icy tile floor and lost it.

I had never before or since dropped to the ground with such force. It was as if an airplane had flown through my ceiling and actually pushed me to the earth. I was sick and sore and sad and in shock and losing my mind simultaneously.

And for some reason, I thought I’d get over it by Monday.

I thought it was a fleeting sadness.

I don’t know why I thought that, but I remember thinking it.

That death, of that person, who held that place in my heart, was not fleeting though. It consumed my thoughts for a long time after that day. I questioned why I was alive, but he wasn’t. I questioned why anybody anywhere was alive, but he wasn’t. I chastised myself for not trying harder for the ever elusive “us.” I begged God to let him into heaven.

I wanted to talk about it. And him. And death.

But people hate that kind of talk. They snuff it out like a house fire or baby’s cry.

I still don’t understand that.

And I’m still not over it. There may be days, or even weeks that align where I’m not sad. Where I can mention him in my nightly prayers without crying or when I can tell a story about him without my heart stopping for a second.

But other days. Other weeks.

I feel his spirit. And I miss him intensely.

Or maybe it’s just because.

But I miss him tonight.

I wonder what he’d think of who I became. I wonder if we’d still talk or be friends or even know of each other anymore. And I wonder if there was anything I could have done. Any way I could have altered his history. Or just moved it a little to the right.

It’s the unknowns that change you. They don’t just alter your heart or change your psyche – they take them out of your body and give you new ones.

And because he can never be here again, that place he held in my life I’ve dedicated to good. To living all my days like I could die, or worse, someone with a spot in my heart could die. To using my life to do as much as I can in the world while I’m here.

And to listening anytime someone wants to talk about it. or him. or death. 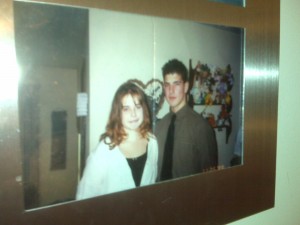 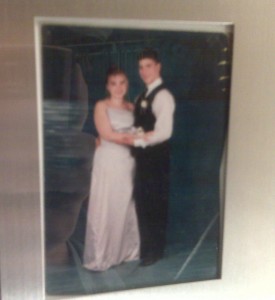 so all my phone calls have officially been elevated to super freaking important status.

that’s because i recently got the ring tone from the CTU office. you know, from the show 24. (which can be heard here). i was inspired to the action by my recent viewing of all of season three of 24 and my lovely co-worker.

ok. so we all know that whenever the phone rings at the counter-terrorism unit, the matter is of LIFE AND DEATH! and now, every time i get a call, i race to grab my crackberry and answer with the urgency of a fireman rushing into a burning elementary school on pre-k visitation day.

“HELLO!” i say, slightly out of breath from the adrenaline rush. “THIS IS CRYSTAL.”

i figure the ring tone will be a good way to remind me that really, any call could be important.

it’s the kind of thing i wish i’d had when my friend Bob called me that one time back in college. maybe then i wouldn’t have been so stupid.

that was back before i knew that people died. well, i mean obviously i knew people passed away, but that they died? that’s never really clear to a person until they experience it. and i was a twit 20-year old back then who never had to hear the news that their first love on this earth was going to be buried in the ground for eternity.

and so, before i knew that about the world my friend Bob called. he had actually been trying to track me down for a while and had finally found a number for a main desk at college, and asked them for my dorm phone number. and at last, he was able to reach me. but like i said, i was a twit 20-year-old, and treated the phone call like the thousands of others i had with him.

like it wasn’t the last time i’d get to talk to him. and i even had the nerve to get angry with him about some lame money issue and we argued until he hung up.

and because he’d had been the one to track me down, i didn’t even have a way to get back in touch with him.

and then, three weeks later he died.

and all of a sudden i was no longer a twit 20-year-old, unaware of the fact that people die. i was changed down to my bones. i was hyper aware. the idea of it all even managed to crush my spirit down to a fine powder for awhile, until i regained my footing in the new world with my new knowledge.

and i still miss him with every beat of my heart in my chest. i still feel a rush of memories whenever i do things like pass the car wash where the two of us kissed, or drive down the road we walked along that night i snuck out to see him.

but now, at least, i know better.

i know that really, any call could be super freaking important.