i miss south dakota. and the boy. im not going to pretend i just forgot about him because im 12 hours away. i didn’t. i miss him.

and i gained 4 pounds in the last two weeks. FOUR FREAKING POUNDS! wtf? all day, every day i think about how i want to lose 10 14 pounds. is that too much to ask? no. no it is not. except for the fact that my body HATES ME!

also, i wish i made more money so i could pay all my bills all the time. im not asking for a Ferrari, or even a new set of tires for my escort, just enough money to pay off my student loans in a reasonable manner.

oh, and i suck at being vegan. i want to be vegan so bad. but i suck at it.

also, i need to buy contacts, but im too cheap to get them, so instead i have to wear my stupid glasses everyday. even when i went to see a 3D movie, which i means i literally had two pairs of glasses on for 2 hours.

that’s right, i saw UP. and it wasn’t even good. all of you people out there saying it was good? you’re wrong. it was predictable, and the 3D stuff wasn’t cool because hardly anything jumped out at you, and the only cute part was the nice talking dog.

also, i’ve had a cold for like the last three months straight and sudfed doesn’t even work and my right ear probably has an infection or something because it’s REALLY bothering me, but im too lame to do anything about it. 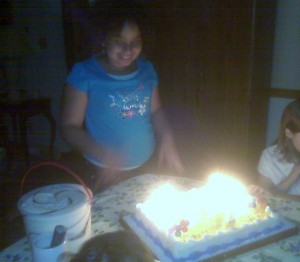 holy crap. where the frick did the last 10 years go?

i remember wondering what her voice would sound like. and crouching on the floor while she laid on a single couch cushion the week she was born waiting for her to blink because HOLY COW I FINALLY HAD A SISTER!!

and now she’s TEN! I swear to candles that it’s been like a minute since that girl was born.

per tradition in my family, we hosted a sleep over to honor of her big day. and she got to invite a crap load of people, nine of whom showed up.

my theory on hosting that many hot-tempered ten-year-olds can be summed up in two simple words: ORGANIZED ACTIVITY.

we did the tennis-ball-under-the-chin relay, egg toss, sardines (the game, not the food), a taco bar (the food, not the game), gray wolf, cake, presents, glow-in-the-dark hot potato, pass the story and then ended it all with with sleeping bags pointed toward a showing of “Adventures in babysitting.” (the movie).

i’d like to think the point where one of the guests turned to my sister and said “I’M HAVING A REALLY FUN TIME” solidified the fact that i rock at hosting little-girl tween parties.

i only hope her 20th birthday is half as fun, and her next 10 years are half as awesome.

i love you sis. for real. 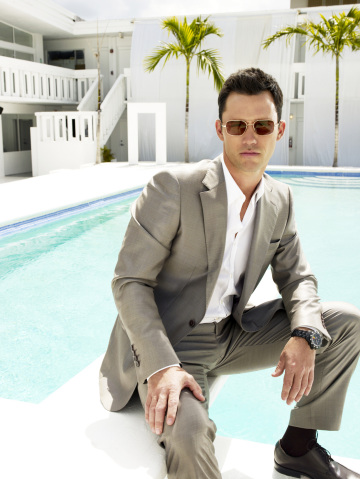 my friend krista is always posting Twilight pictures on her blog, no. seriously. like all. the time. (see here, here, here, and here).

so i figured i’d rip off her idea this once. (hope she doesn’t mind!). except i have never even read the back cover of a Twilight novel, so instead we have this awesome man.

i love him. lots. and if you’re not watching the show Burn Notice on USA (which he happens to be the star of) you need to start watching it like, yesterday. and it’ll be super easy because USA runs the show like every other hour in between episodes of Law and Order Criminal Intent, the only other successful show on the network.

Donovan plays a spy. a super cute spy. and he’s always charming, and smart, and perfect. and he saves the day by doing things like swimming five miles in a pant suit or impersonating a newspaper reporter.

and the show isn’t half bad either.

i’ve twittered this before, but it seriously makes me want to move to Miami (where it takes place) and become a spy. my understanding of the situation is that they get to blow stuff up pretty carelessly, make lots of money and swim in the ocean all day.

think of the material i’d have for blog.