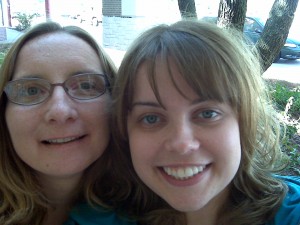 because it has everything to do with nothing, first we need to talk about how i am awake at 5 a.m.

ya. i just threw up in my mouth a little bit because im so tired.

see, i agreed to work the early morning shift at work, so i have to be there at 6 a.m. and because i underestimated how quickly i could get ready while falling asleep in the shower, i accidentally woke up at 4:30 a.m. and now have a half hour to kill before i go in.

the upside is, you get an unexpected blog entry from me. the downside is im 87 percent sure my screeching alarm clock woke up my roommate, seeing as how it may or may not have taken me about an hour to figure out how to turn it off before i eventually gave up and just unplugged the thing.

so ya, i love coke. the soda, not the white stuff. i love it like dogs love toilet water. i could slurp it up all day long, and just my luck, it’s one of those “technically” vegan foods that’s not only unhealthy for every part of your body, but also isn’t made from any animals.

well-meaning folk far and near have suggested i try diet soda instead. but aside from the fact that it taste like crap, i’ve read tons of research about how the stuff they use to give it that awful after taste to make it sweet like regular pop causes CANCER.

i KNOW! right? how could i drink something that could give me CANCER?!! vegans are not cool with such things.

and therein lies the problem. see, i want to give up regular pop, but because i know too much about the negative effects of diet pop that means a cold turkey swap for water or juice. and don’t get me wrong, i like both. but that’s like switching from from all flip-flops to all ugg boots. it sucks.

so instead, i just keep drinking pop.

also, i love tofurky. but every respectable vegan i meet tells me that it’s “too processed.” umm HELLO, who gives a frick? it’s delicious people. DE.LICIOUS. and it’s says “vegan” right there on the package. and i could live on tofurky sandwiches with sliced tomato and a nice cold pop.

so i’d appreciate it if you all stop giving me smug looks now. i would also like to take this opportunity to point out that i don’t eat the following foods: meat, fish, eggs, milk, and cheese.

give a girl a break, will ya? what’s that? you say it could give me cancer? frick.

well, im off to work now folks, where i most likely will have two cokes (non-diet) and then come home to a nice toasted tofurky sandwich. don’t judge.

the other day, i saw an applebee’s commercial for some sort of bacon-beef-cheese concoction, and i turned to my roommate, and was all “do you think there’ll ever be a day when i can order a vegan burger with vegan bacon at applebees?” and she was all “no. but we should go to Herban Fare, the new restaurant in Woodstock. I hear they have vegan food.”

it didn’t taste like meat, so don’t go in expecting that, but it did taste d*mn good. it was full of flavor and totally filling.

i also got the onion soup minus the cheese topping, which is made with vegetable stock instead of beef stock, so it’s vegan. and my roommate got us some hummus to start out the meal, which was super flavorful.

for you carnivores out there, they do have tons of meat options, one of which my roommate ordered:

she said it was “really good.” and i believed her.

from an atmosphere standpoint, the owner was super approachable and said he used to be a raw vegan himself for a few years, but now just uses it to balance out his diet. as a result though, he was super accommodating, and totally understood my fears about eating out as a vegan. well, minus the part where came up to the table and was all “oh. sorry. don’t eat the hummus. it isn’t vegan.” and i was like WHAT?! and then he was all “i make it with bacon fat” and i was like OMG.OMG.OMG!!!! and then he was like “ha. just kidding.” and i was like, “ya, you probably shouldn’t joke about stuff like that.” 🙂

and then my phone rang with my new 24-ring tone, and the owner was all “are you a 24 fan too?!”  and i pretty much decided right then and there that i will now pray every night that this restaurant can triumph against the odds in this sucky economy.

in conclusion, anyone who comes to visit, should now expect to eat at least one meal here with me. just sayin.